Invasion of Russia commenced on 24 June 1812

The campaign began on 24 June 1812, when Napoleon’s forces crossed the river Neman

Napoleon had sent a final offer of peace to Saint Petersburg shortly before commencing operations. He never received a reply, so he gave the order to proceed into Russian Poland. He initially met little resistance and moved quickly into the enemy’s territory. The French coalition of forces amounted to 449,000 men and 1146 cannon being opposed by the Russian armies combining to muster 153,000 Russians, 938 cannons, and 15,000 Cossacks.  The center of mass of French forces focused on Kaunas and the crossings were made by the French Guard, I, II, and III corps amounting to some 120,000 at this point of crossing alone.
The actual crossings were made in the area of Alexioten where three pontoon bridges were constructed. The sites had been selected by Napoleon in person.
Napoleon had a tent raised and he watched and reviewed troops as they crossed the Niemen.  Roads in this area of Lithuania hardly qualified as such, actually being small dirt tracks through areas of dense forest.

Supply lines simply could not keep up with the forced marches of the corps and rear formations always suffered the worst privations.

The 25th of June found Napoleon’s group past the bridge head with Ney’s command approaching the existing crossings at Alexioten. Murat’s reserve cavalry provided the vanguard with Napoleon the guard and Davout’s 1st corp following behind. Eugene’s command would cross the Niemen further north at Piloy, and MacDonald crossed the same day. Jerome command wouldn’t complete its crossing at Grodno until the 28th. Napoleon rushed towards Vilnius pushing the infantry forward in columns that suffered from heavy rain then stifling heat. The central group would cross 70 miles (110 km) in two days.
Ney’s III corps would march down the road to Sudervė with Oudinot marching on the other side of the Neris River in an operation attempting to catch General Wittgenstein’s command between Ney, Oudinout, and Macdonald’s, commands, but Macdonald’s command was late in arriving to an objective too far away and the opportunity vanished. Jerome was tasked with tackling Bagration by marching to Grodno and Reynier’s VII corps sent to Białystok in support.

The Russian headquarters was in fact centered in Vilnius on June 24 and couriers rushed news about the crossing of the Niemen to Barclay de Tolley. Before the night had passed orders were sent out to Bagration and Platov to take the offensive. Alexander left Vilnius on June 26 and Barclay assumed overall command. Although Barclay wanted to give battle he assessed it as a hopeless situation and ordered Vilnius’s magazines burned and its bridge dismantled. Wittgenstein moved his command to Perkele passing beyond Macdonald and Oudinot’s operations with Wittgenstein’s rear guard clashing with Oudinout’s forward elements.[33] Doctorov on the Russian Left found his command threatened by Phalen’s III cavalry corp. Bagration was ordered to Vileyka which moved him towards Barclay though the order’s intent is still something of a mystery to this day.

On June the 28th Napoleon entered Vilnius with only light skirmishing. The foraging in Lithuania proved hard as the land was mostly barren and forested. The supplies of forage were less than that of Poland and two days of forced marching made a bad supply situation worse.[34] Central to the problem were the expanding distances to supply magazines and the fact that no supply wagon could keep up with a forced marched infantry column.
The weather itself became an issue where according to historian Richard K. Riehn

The thunderstorms of the 24th turned into other downpours, turning the tracks-some diarist claim there were no roads as in Lithuania-into bottomless mires. Wagon sank up to their hubs; horses dropped from exhaustion; men lost their boots. Stalled wagons became obstacles that forced men around them and stopped supply wagons and artillery columns. Then came the sun which would bake the deep ruts into canyons of concrete, where horses would break their legs and wagons their wheels.

A Lieutenant Mertens — a Wurttemberger serving with Ney’s III corps — reported in his diary that oppressive heat followed by rain left them with dead horses and camping in swamp-like conditions with dysentery and influenza raging though the ranks with hundreds in a field hospital that had to be set up for the purpose. He reported the times, dates, and places, of events reporting thunderstorms on the 6th of June and men dying of sunstroke by the 11th.  The Crown Prince of Wurttemberg reported 21 men dead in bivouacs. The Bavarian corps was reporting 345 sick by June 13.

Desertion was high among Spanish and Portuguese formations. These deserters proceeded to terrorize the population, looting whatever lay to hand. The areas in which the Grande Armée passed were devastated. A Polish officer reported that areas around him were depopulated.[36]

The French light Cavalry was shocked to find itself outclassed by Russian counterparts so much so that Napoleon had ordered that infantry be provided as back up to French light cavalry units.[36] This affected both French reconnaissance and intelligence operations. Despite 30,000 cavalry, contact was not maintained with Barclay’s forces leaving Napoleon guessing and throwing out columns to find his opposition.[37]
Eagles monument in Smolensk, commemorating the centenary of the Russian defeat of Napoleon.

The operation intended to split Bagration’s forces from Barclay’s forces by driving to Vilnius had cost the French forces 25,000 losses from all causes in a few days.  Strong probing operations were advanced from Vilnius towards Nemenčinė, Mykoliškės, Ashmyany, and Molėtai.

Eugene crossed at Prenn on June 30 while Jerome moved VII Corps to Białystok, with everything else crossing at Grodno.[37] Murat advanced to Nemenčinė on July 1 running into elements of Doctorov’s III Russian Cavalry Corps enroute to Djunaszev. Napoleon assumed this was Bagration’s 2nd Army and rushed out before being told it was not 24 hours later. Napoleon then attempted to use Davout, Jerome, and Eugene, out on his right in a hammer and anvil to catch Bagration to destroy the 2nd army in an operation spanning Ashmyany and Minsk. This operation had failed to produce results on his left before with Macdonald and Oudinot. Doctorov had moved from Djunaszev to Svir narrowly evading French forces, with 11 regiments and a battery of 12 guns heading to join Bagration when moving too late to stay with Doctorov. 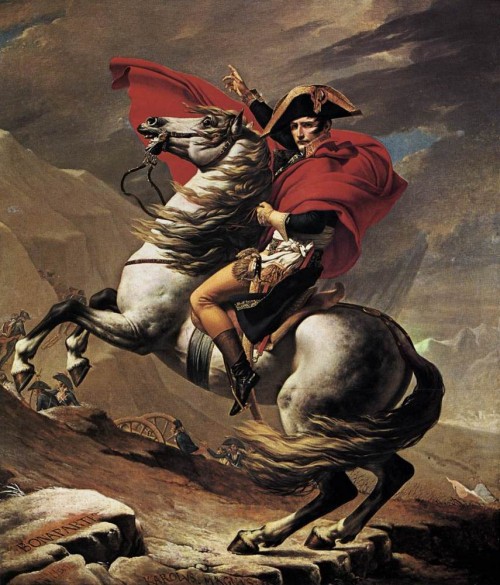 Alexander famously spoke,
"If the Emperor Napoleon is determined on war and if fortune does not smile on our just cause, he will be forced to go to the end of the world to find peace."

Conflicting orders and lack of information had almost placed Bagration in a bind marching into Davout; however, Jerome could not arrive in time over the same mud tracks, supply problems, and weather, that had so badly affected the rest of the Grande Armée, losing 9000 men in four days. Command disputes between Jerome and General Vandamme would not help the situation.  Bagration joined with Doctorov and had 45,000 men at Novi-Sverzen by the 7th. Davout had lost 10,000 men marching to Minsk and would not attack Bagration without Jerome joining him. Two French Cavalry defeats by Platov kept the French in the dark and Bagration was no better informed with both overestimating the other’s strength, Davout thought Bagration had some 60,000 men and Bagration thought Davout had 70,000. Bagration was getting orders from both Alexander’s staff and Barclay (which Barclay didn’t know) and left Bagration without a clear picture of what was expected of him and the general situation. This stream of confused orders to Bagration had him upset with Barclay which would have repercussions later.

Napoleon reached Vilnius on the 28th of June leaving 10,000 dead horses in his wake. These horses were vital to bringing up further supplies to an army in desperate need. Napoleon had supposed that Alexander would sue for peace at this point and was to be disappointed; it would not be his last disappointment.[41] Barclay continued to retreat to the Drissa deciding that the concentration of the 1st and 2nd armies was his first priority.

Barclay continued his retreat and with the exception of the occasional rearguard clash remained unhindered in his movements ever further east.
To date the standard methods of the Grande Armée were working against it. Rapid forced marches quickly caused desertion, starvation, exposed the troops to filthy water and disease, while the logistics trains lost horses by the thousands, further exacerbating the problems. Some 50,000 stragglers and deserters became a lawless mob warring with local peasantry in all-out guerrilla war, that further hindered supplies reaching the Grand Armee which was already down 95,000 men